Threading for men by men 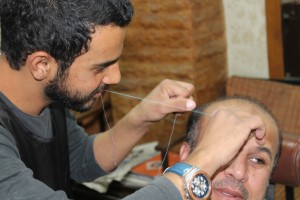