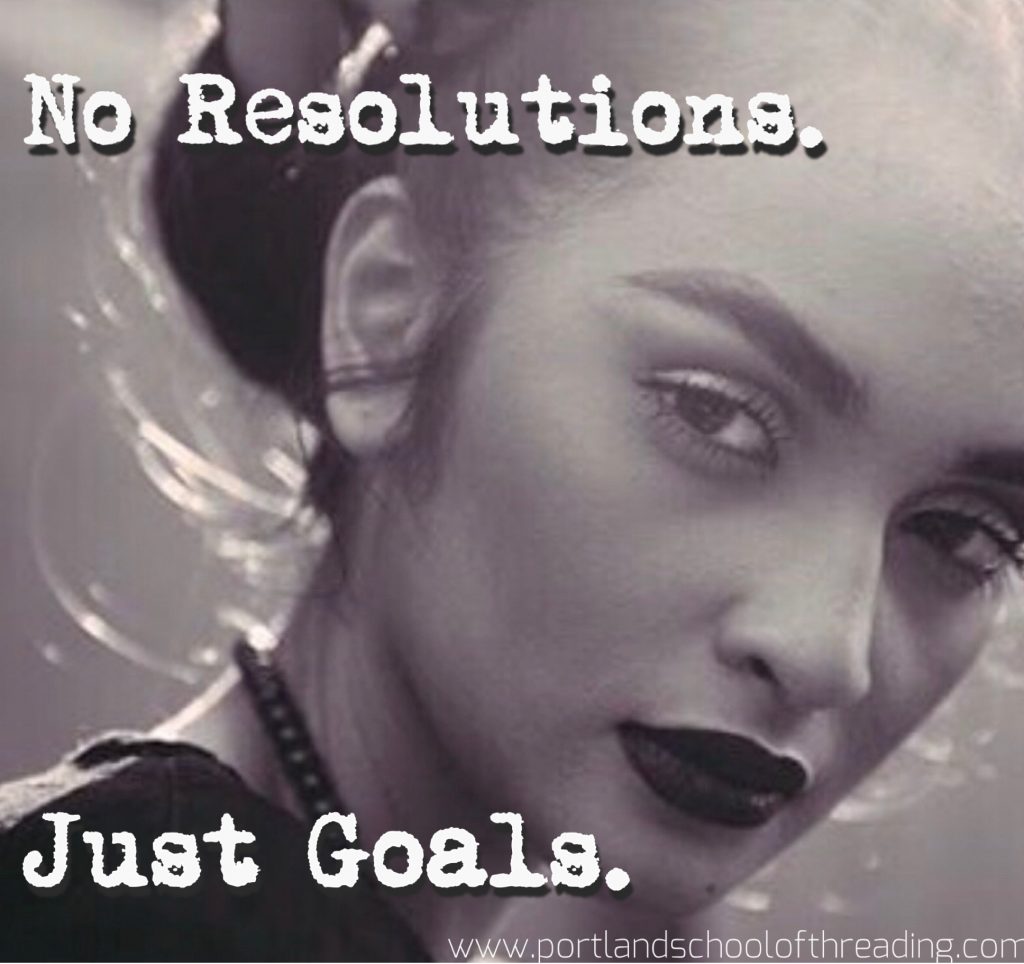 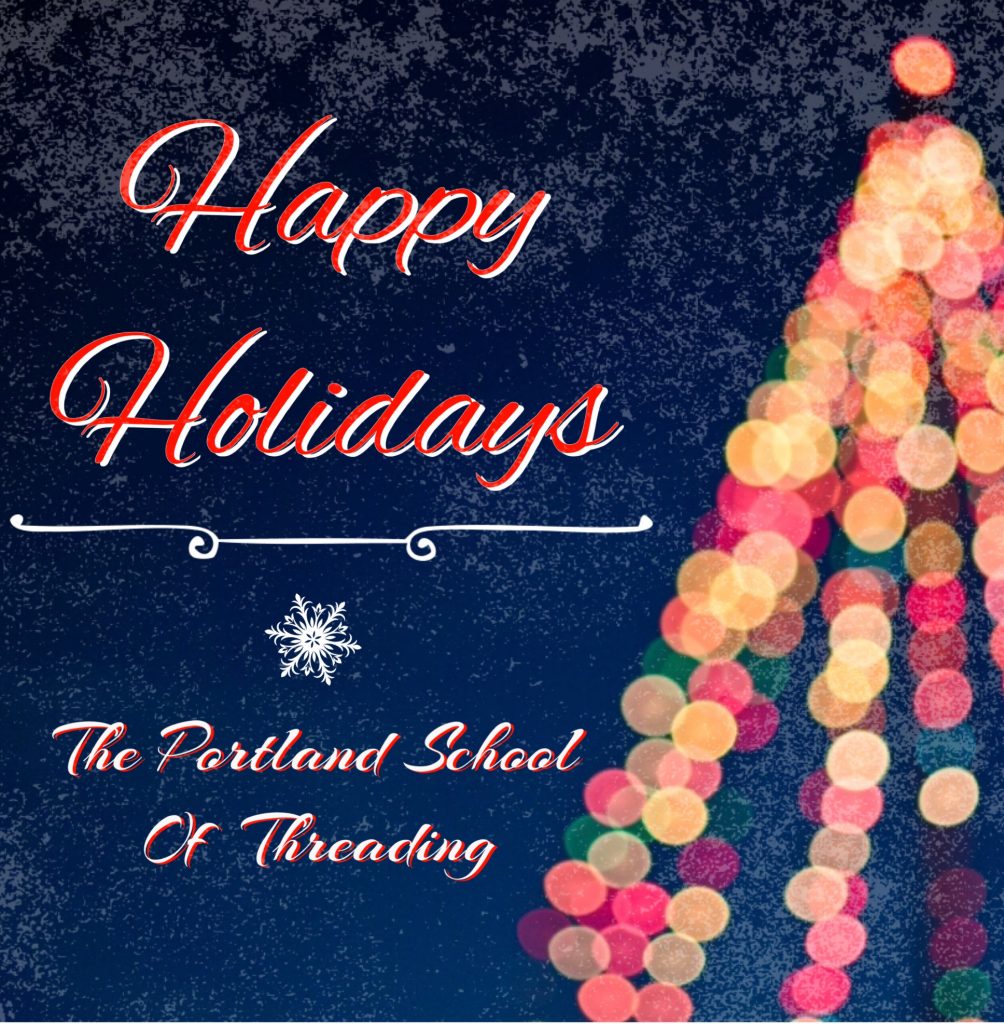 We placed our clients on what we call our ‘Growth Plan’, where they apply the product 3 – 4 times a week, and come in monthly for eyebrow maintenance which includes threading, tinting, and touchup (touch up is to thread any areas not in the growth zone, and finish up the look with brow filler and brow gel – ALL UPSELL SERVICES PER THREADING CLIENT).  The eyebrow results were fantastic.   If you would like to try out our products you can find them on Amazon. This assures your clients will return for repeat services with you when you place them on a plan. Many brow and lash serums are in the hundreds of dollars, and clients tend to shy away from these purchases, plus they contain harmful chemicals that shouldn’t be placed anywhere near the eyes however, our brow serum is all natural, organic and is only $18.95, and arrives in 2 days with Prime. CLICK ON THE GLASS BOTTLE TO ORDER! 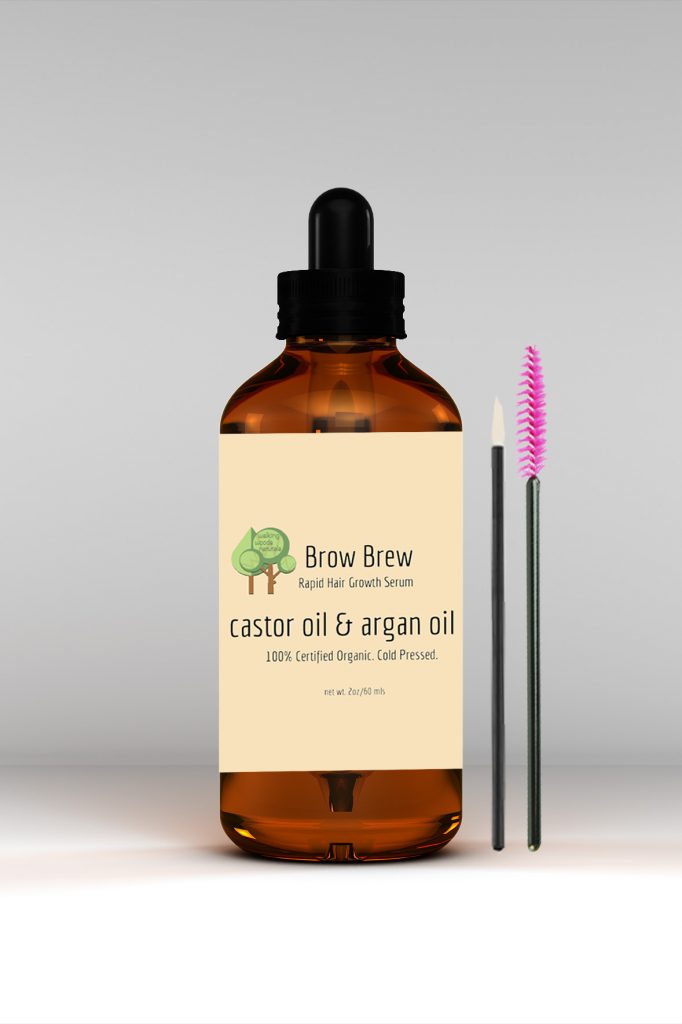 This student travelled all the way from Albany, OR to learn threading with us for our LAST Threading Class of 2017! Here she is practicing hands on Threading and is nailing it!!! She is now off and running to her next adventure, and will learn the new skill of microblading. Threading will put her right where she needs to be…In fact, she will be way ahead of all the others in her class with the tool of Threading under her esthetics belt! It’s been a FANTASTIC year, Congrats to all the Grads!!!

STAY IN THE LOOP WITH THREADING! 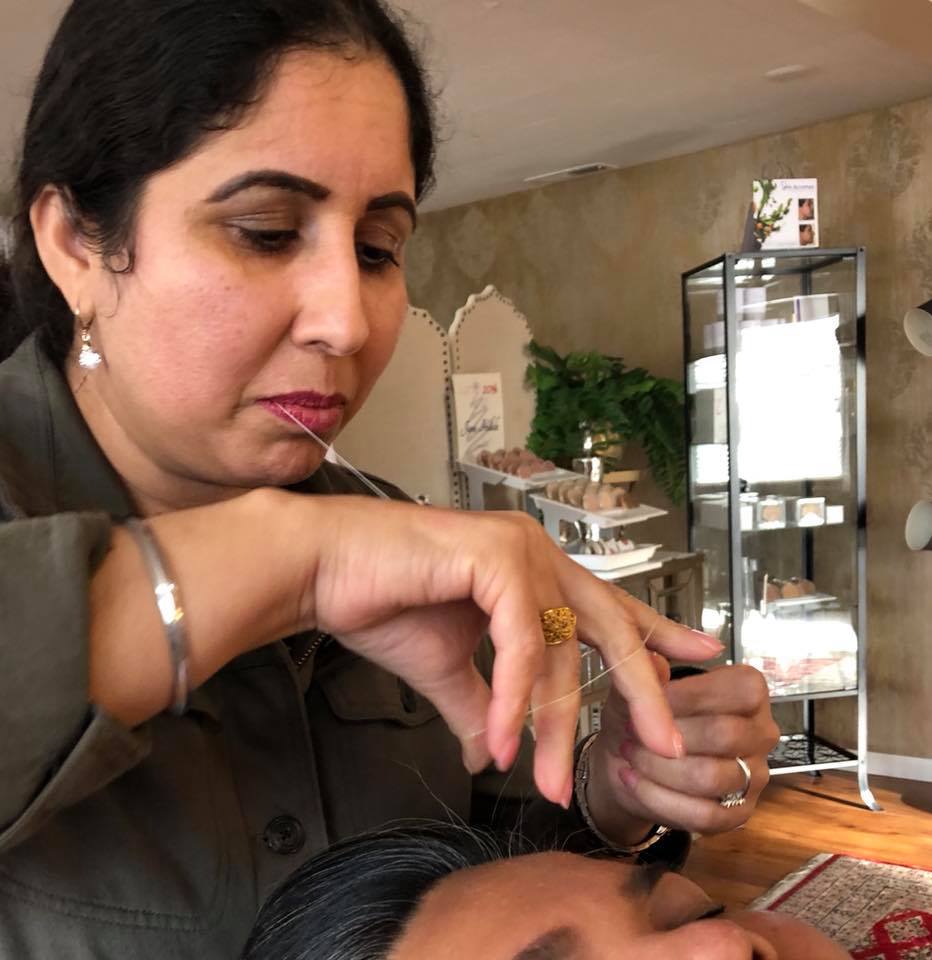 Meet Espi, one of grads from this past year. She runs and operates a successful brow biz in Vancouver. You too can be successful like Esme! Sign up for our last class in 2017, today! Happening on Monday December 4, you have all weekend to call register.  Did I mention that it’s 50% for the Holidays? YUP! Now only $600 buckaroos! 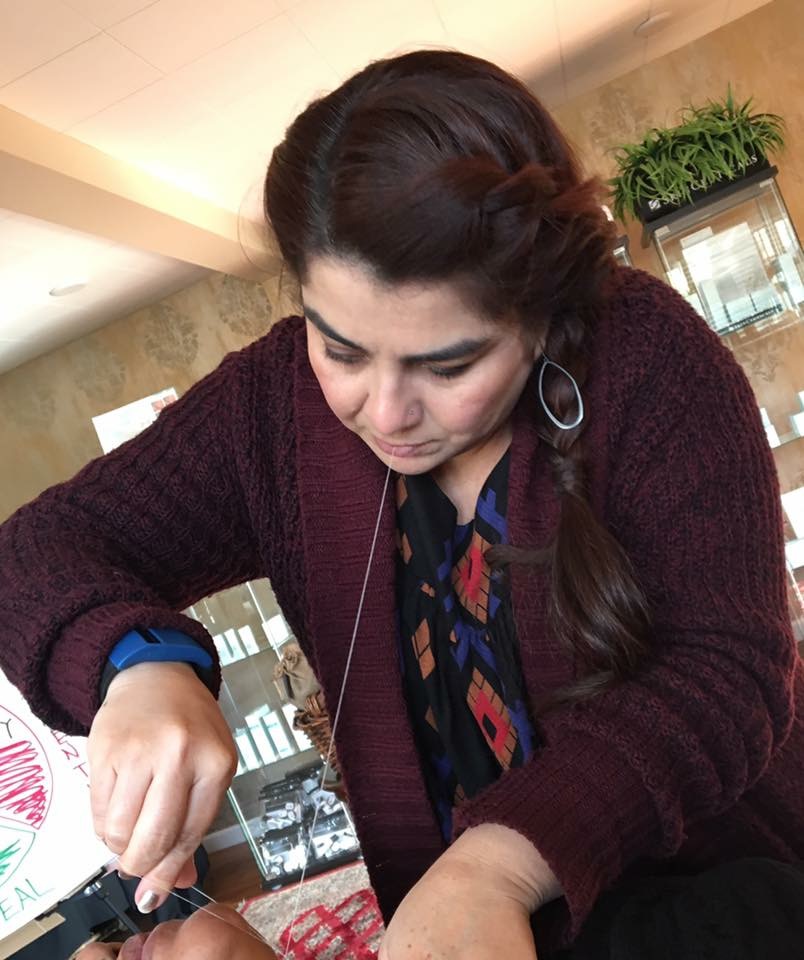 29 Nov Threading is not taught in Esthetics or Cosmetology School

Well, depending on where you live threading is generally not taught in esthetics or cosmetology schools and I’m actually kinda glad it isn’t! Threading, is a specific skill that must be mastered. Unlike waxing, threading takes dexterity, coordination, proficiency, and ability to build the craft, especially when it comes to shaping eyebrows. Eyebrows have become the focus of beauty. It is the most important feature on a humans face. Without it, it leaves us without expression and emotionless. At the Portland School of Threading, we give threading a whole new meaning. Just because you are an esthetician who waxes brows, it doesn’t mean that you can pick up a piece of thread and start threading. They are two completely different entities. Wax lays flat on the surface, and is ripped off the skin. Threading allows you to refine the dips and curves of a 3-dimensional face,  either by precisely shaping a brow, or preparing a smooth, clean finish to lay down primer and foundation. Threading is so much more than ripping hair off someone’s face. It’s giving confidence to what was once an insecure teen. It’s allowing a man, to still feel and look like a man after he gets his brows done (if that’s the look he’s going for). Its putting more bounce into person’s step, because we all could use a good bounce. When other people says, “who cares?”, PST says, “we care.” Even after doing brows for over 40 years, we still take more than 20 minutes per client in our chair, because thats how we do. It’s those extra little touches that we teach you, is what will ensure your client that you have given them beautifully lined, textured, colored, arched, and balanced brows.  Portland School of Threading, Portland, Oregon 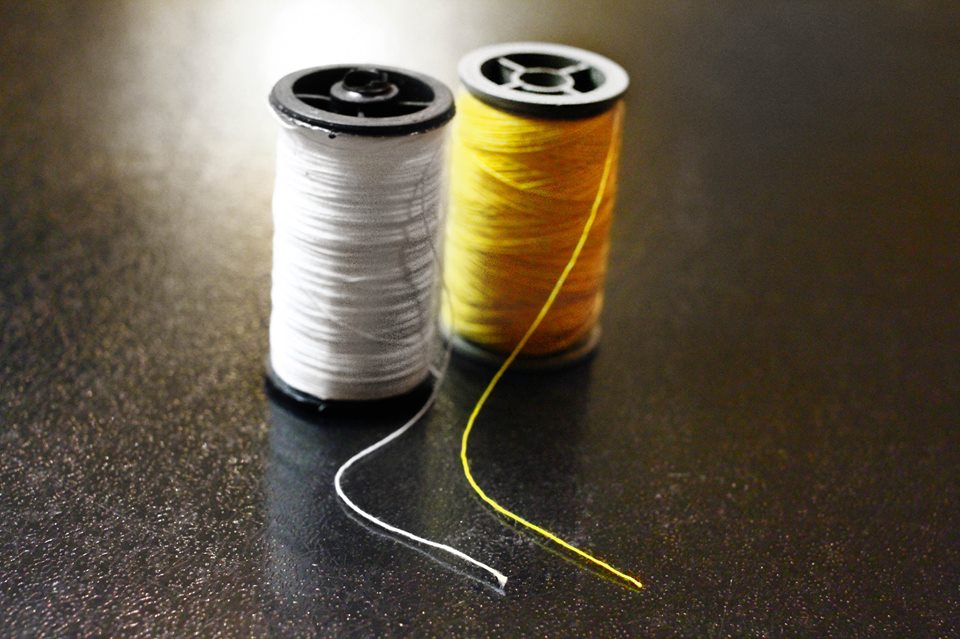 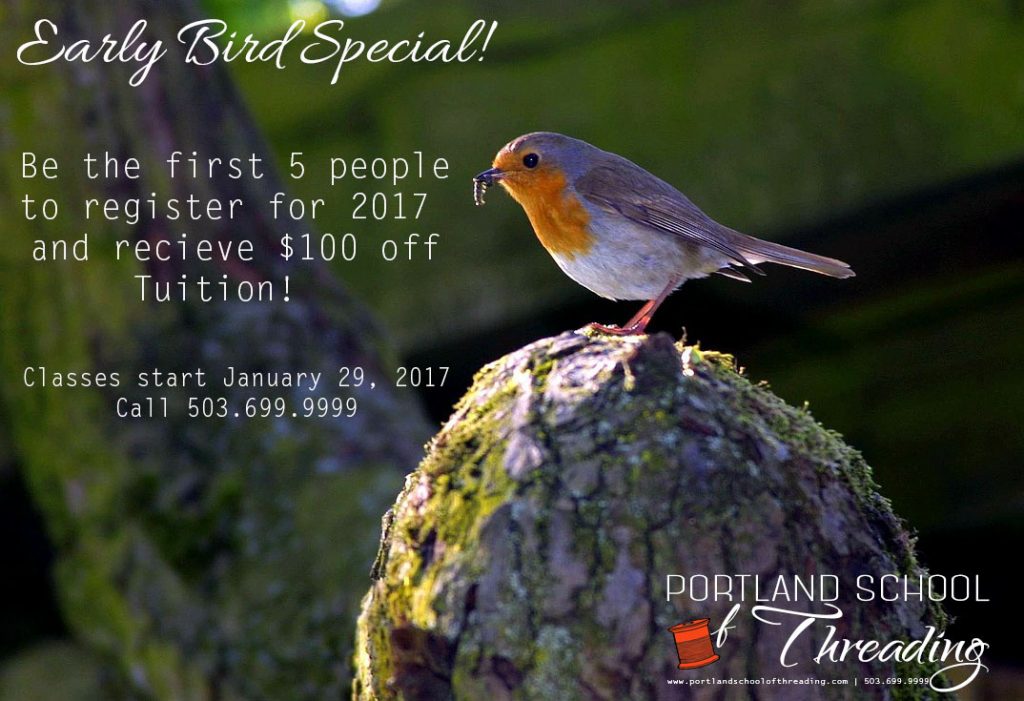 Hey there, Ms. Grumpy Gills. When life gets you down do you wanna know what you’ve gotta do?

13 Mar What is a Threading School and which is the best for me?

The Portland School of Threading brings an infusion of tradition and design to an ancient form of hair removal now known as ‘Threading’. Our team of threading and design experts formulated a simple and efficient system that allows you to construct and create a brow shape unique to the individual by using the most accurate method to achieve the desired outcome. Threading brings preciseness and definition to brow shaping that makes it the fastest growing brow shaping and hair removing technique that is revolutionizing the beauty industry.

There are several threading classes or workshops in the area that teach basic techniques of threading. There are different ways that the thread can be wound around the fingers, but basically they produce the same result. So why choose the Portland School of Threading? Experience. Tasneem Rahman holds 25 years of experience under her belt, with a vast knowledge and understanding of design. What does design have to do with threading? Everything. The concept of design comes with an underlying notion of balance and perception. Perception is what the eye actually sees, or thinks it sees, based on the principles and elements that are presented in order to create illusion.

As we all know, the eyebrows frame the face. It brings attention to the eyes, nose, and lips. However, there may be times when certain features of a face may not need extra attention. Our students will inhabit the skills to practice slight manipulations of the shape, length, color, width, or space of the eyebrows that can distract from the area of concern. In this class, participants will learn the fundamental elements of formulating the perfect semblance without the use of stencils, templates, or measurements…You will just ‘know’ how to construct that perfect brow, and why you are doing it. Students will learn how to devise treatment plans if needed for thin or sparse brows, and offer solutions or suggest products to assist with the recommendation. Students will also be able to recognize different design strategies for different ethnicities, age groups and gender.

Threading is another trick that you can add to your esthetics hat. No extra equipment is needed, it has an extremely low overhead, it’s quick and easy to start up, and it is a highly sought out method of eyebrow shaping and hair removal in the Pacific Northwest.

The Portland School of Threading is not a fly by night workshop or mini class that will just teach you how to thread. Threading is an art, and we take it very seriously. Those who successfully complete our course will receive a certificate to attest Mastery in this trade